The Mountain Sage educational program for grades 1st-5th is grounded in Waldorf education and sustainability, and draws inspiration from relevant modern day thinking aligned with our core values. Teachers are focused on whole-child education, academic readiness and excellence, and building community. 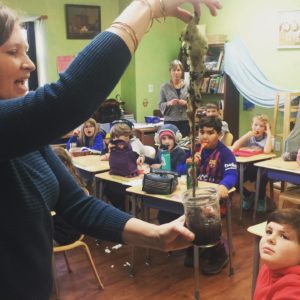 First Grade is the beginning of the child’s formal relationship to learning. It is a time of joy and adventure. Imbued with creativity, activity, imagination and rhythm, the first grade child develops a positive relationship with schooling and learning, paving the way for a future of excellence and achievement in all aspects of their life. (Paraphrased from Donna Simmons, Waldorf educator.)

Literacy: Pictorial and phonetic introduction to the alphabet both upper and lower case; learning to write and read; grammar; poetry recitation; Fairy and folk tales from around the world; beginning spelling, punctuation, and phonics 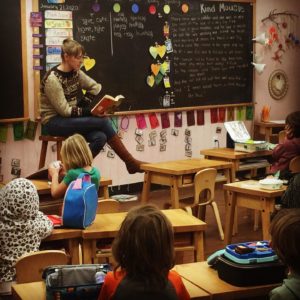 The Second Grader begins to experience the polarities in life, and The second-grade curriculum caters to the internal qualities that are alive in the children through presenting these polarities as characterized in fables and stories of noble individuals. The stories of saints, heroes, and fables guide children in their moral development. Literature from every culture provides fables which show our animal characteristics pitted one against another. The fables point out the foibles becoming more apparent in the seven and eight-year-old. As a contrast, tales of saintly, noble, and heroic individuals reassure the second graders and give them an upright example to emulate. 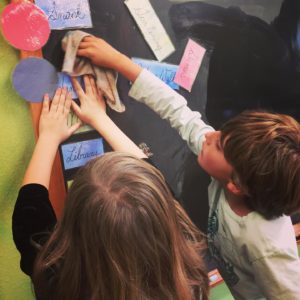 In third grade, children experience a new sense of self. Students begin to question who they are relative to others and to the world. Waldorf education recognizes this stage of self-discovery as the nine-year change. Children at this stage begin to recognize what it means to step into the real world, and to begin to stand on their own. In response to this growing awareness and sense of self, the curriculum connects third graders to meaningful, practical work, such as construction, farming, and gardening. Developing these skills helps students build confidence and stamina. The student’s are presented with rich stories from early peoples which meet and reflect the third grader’s inner experience. These stories present strong role models who show courage and determination, and they teach foundational language arts which promote writing and independent reading. 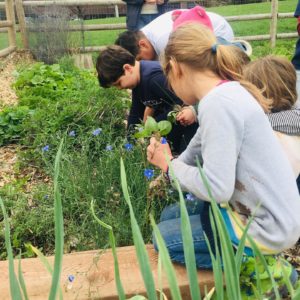 The fourth grader, having left behind some of the carefreeness of childhood and still experiencing some of the tumultuous emotions of the nine-year-change, now wants to know the world intellectually and profits from the experience of traversing conflict and relying on their own resourcefulness to reach resolution. In form drawing, seemingly impossible braiding is mastered. In math, fractions are puzzled over and then understood in new ways. The fourth grader looks for heroes (as well as tricksters with human shortcomings) and finds them in Norse mythology – and they come to know their own history and sense of place in the world as they study local geography and history (including a study of the Native American people who first inhabited Colorado.) The fourth grader also enjoys a scientific study of animals, with a focus on the relationship between human and animal attributes and a culminating independent research project about one specific animal.

Science: Zoology, animals in their environment; continuation of gardening and nature studies 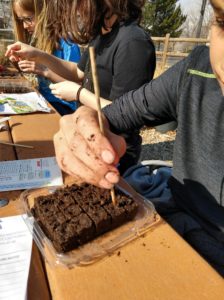 The fifth-grade year is often spoken of as “the golden age of childhood.” The child is more balanced, graceful, and poised than they have been before and that they will be again for several years. Intellectually, fifth graders have a greatly increased capacity for examination, thought and reflection. The fifth-grade year encompasses a wider scope of study than any previous grade. The children are growing in their intellectual capacities, and the curriculum meets this expansion with the study of: ancient cultures, Botany, North America, and more complex math topics. Their work reflects this new depth to their understanding and questioning.

History & Social Studies: Mythology and life in ancient civilizations: Persia, Mesopotamia, India, Egypt, and through Greece up to the life of Alexander the Great

Physical Education: Greek Olympic games (the pentathlon), competitive games. Students will be introduced, on a smaller scale, sports such as football, soccer, and volleyball.